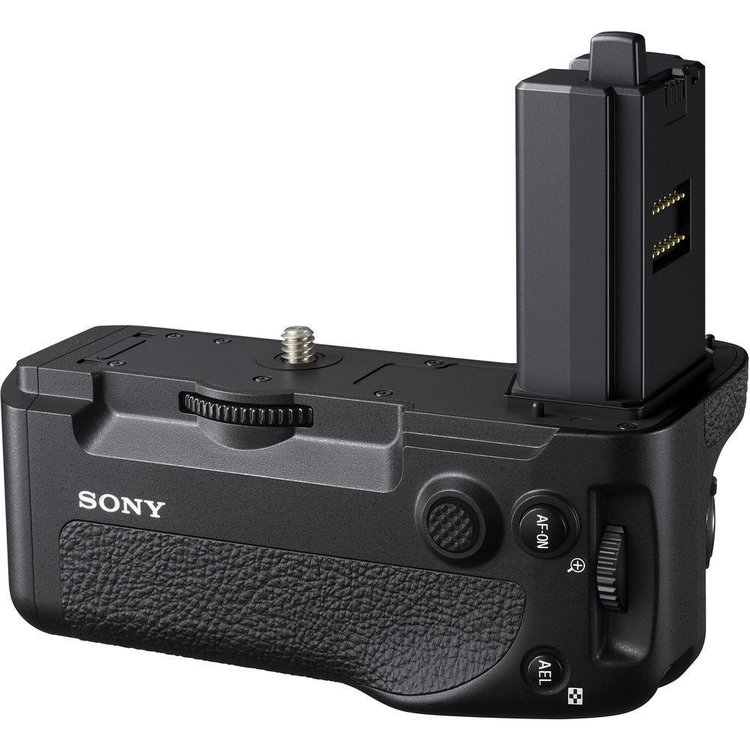 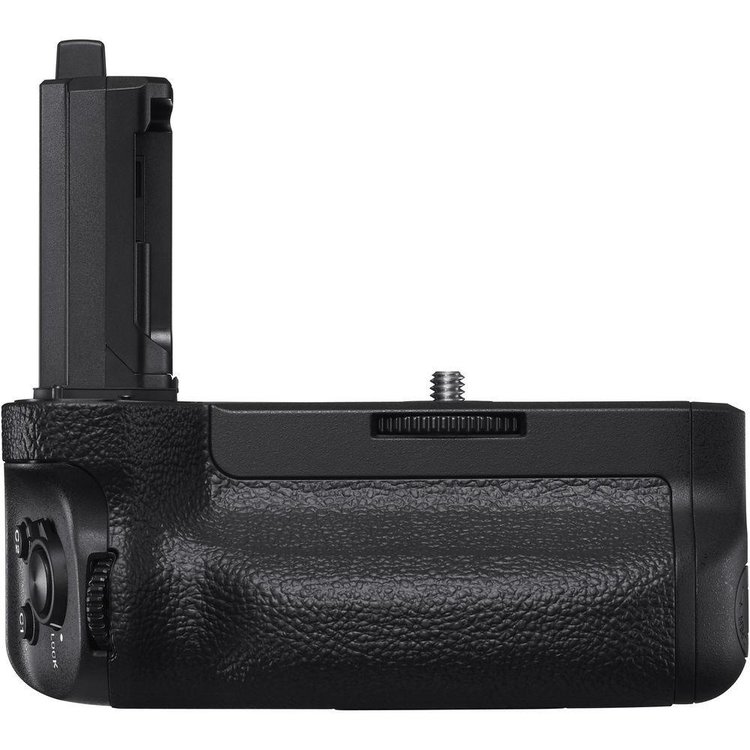 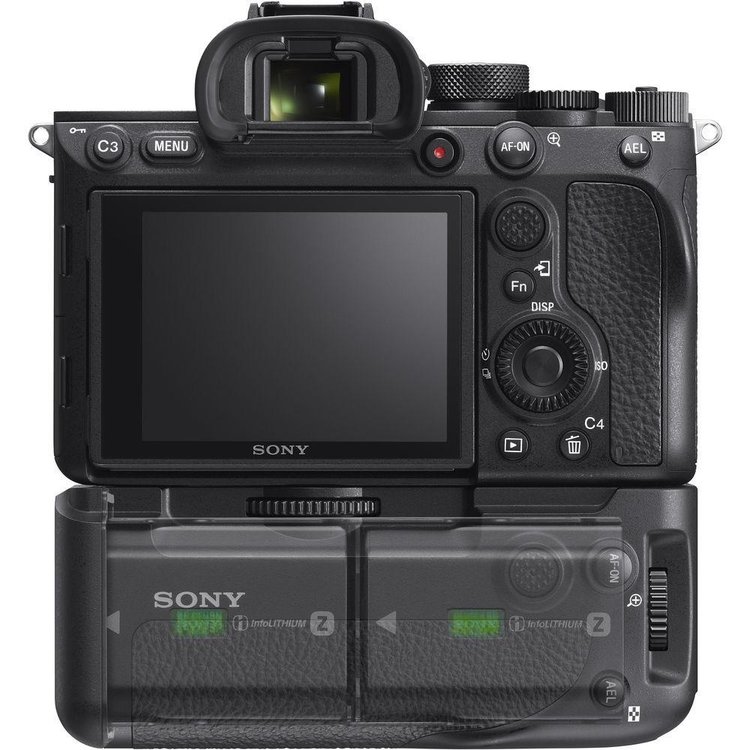 Easy operation in vertical orientation
The VG-C4EM provides operational controls nearly the same as those of the camera body. The location, size, and shape of buttons are optimized, using the same material as the α9 II and α7R IV bodies. As a result, the function, location and operational "feel" of the controls simulates those on the camera body, when the camera is held vertically.

Firm and secure grip
The ingenious design of the grip lets you hold the camera firmly. The Vertical Grip allows you to shoot photos easily and enjoyably, regardless of whether you hold the camera horizontally or vertically, making it easier to concentrate on the subject and composition.

Effective operating duration doubled
The VG-C4EM can hold one or two NP-FZ100 batteries. When using two batteries, the camera will operate for nearly twice as long as when using one battery. Remaining battery power is indicated on the LCD screen, in 1% increments. When one battery expires, the camera automatically switches to the other, allowing continuous operation.

Light yet durable magnesium alloy body
The exterior of the VG-C4EM is made of the same magnesium alloy used in the α9 II and α7R IV bodies, providing the same rigidity as the cameras themselves while keeping the overall weight and bulk to a minimum.