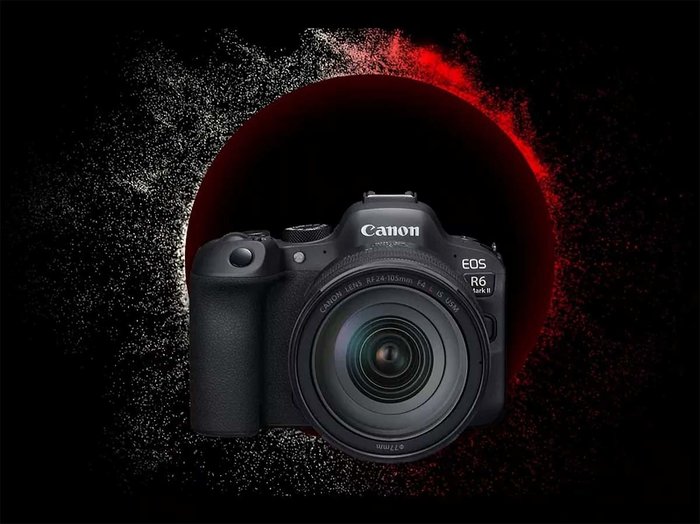 Be creative without compromise. The EOS R6 Mark II’s breakneck speed, class-leading performance and professional filmmaking features let you master your craft – however you like to shoot.

Capture fleeting moments at up to 40fps with sensational image quality, even in near-darkness. AI-based, deep-learning AF locks on to fast-moving subjects wherever they are in the frame.

AF THAT ANTICIPATES YOUR NEXT MOVE

Our next generation of deep-learning AI autofocus delivers an even more powerful performance – 80% faster than the original EOS R6. The EOS R6 Mark II recognises and tracks more subjects with greater speed, reliability and precision than ever.

“If there is a shot missing, it’s not the camera, it’s me”

Finds more subjects than ever before

Wild and tame, big and small

From Dalmations to Dingos

Including those in flight

Even tracks drivers or open-top cars

On the racetrack or the road 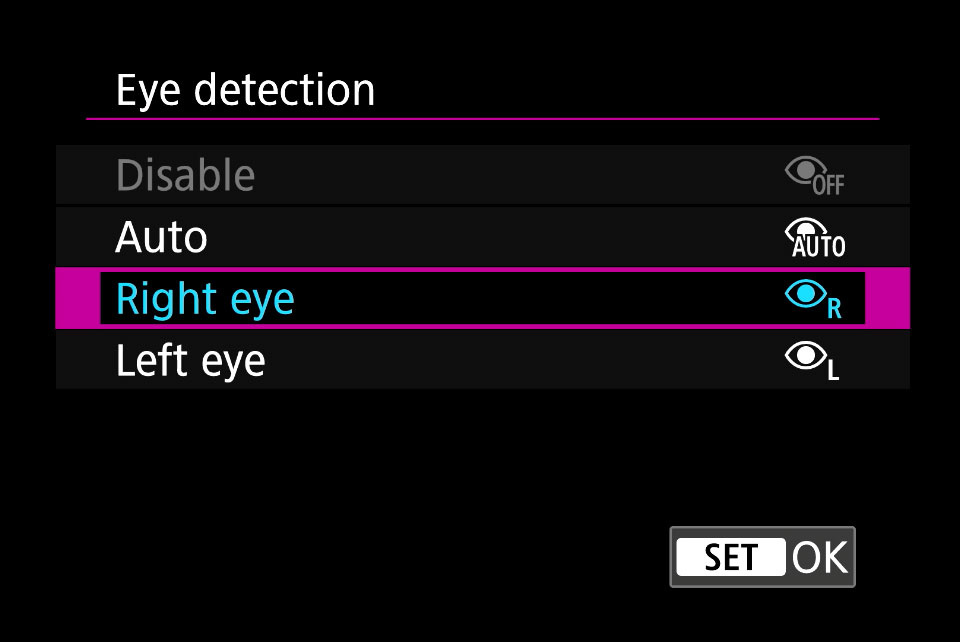 Adapts as your subject moves, responding to changing speed, direction and pose.

Even when you’re struggling to see, the EOS R6 Mark II focuses quickly and precisely. The camera locks on confidently in as little light as -6.5 EV1 – that’s less than the light from a half-moon.

Capturing that decisive moment has never been easier. The EOS R6 Mark II shoots at up to 40fps with its electronic shutter and 12 fps mechanically.  In the 30fps RAW Burst mode9, Pre-release capture lets you freeze moments that happened up to 0.5 sec before you pressed the button. 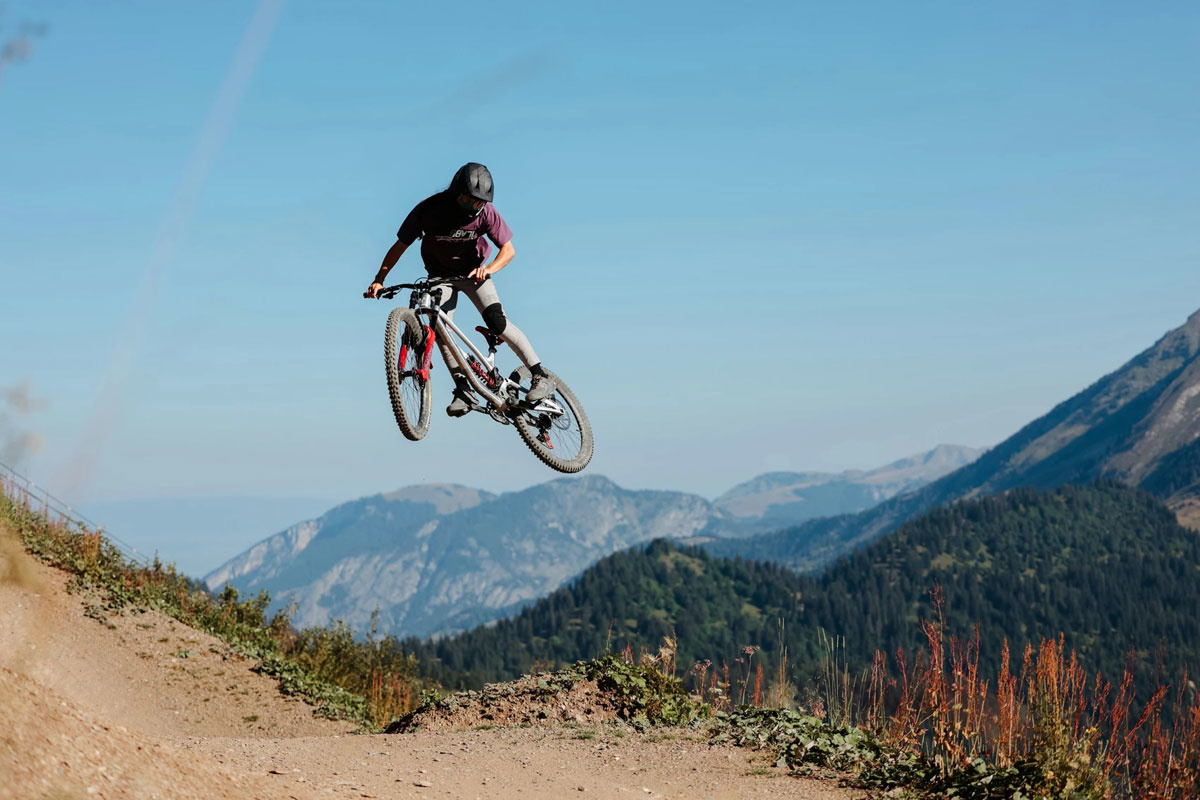 THE FREEDOM TO SHOOT HANDHELD

The EOS R6 Mark II’s In-body Image Stabilizer works hand-in-hand with the optical IS in many Canon lenses. The result is up to 8 stops2 of protection against camera shake when shooting handheld.

Up to 8 stops of stabilisation 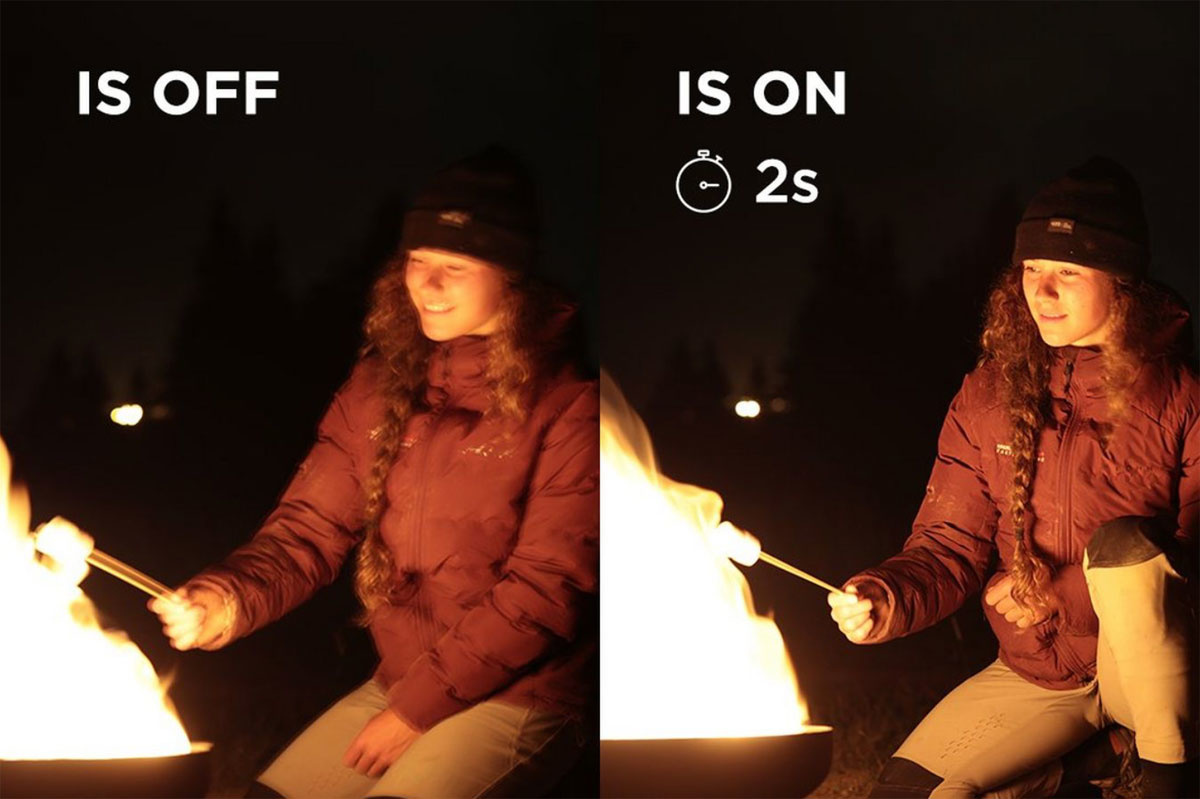 Capture the beauty of movement – hand-held

Shoot long-exposure photos handheld, intentionally blurring moving subjects while keeping everything else pin-sharp – all without reaching for a tripod.

The EOS R6 Mark II’s IS recognises more types of camera movement than other cameras. When shooting video, IBIS and optical IS systems are joined by Movie Digital IS for footage that looks like it was shot professionally with a gimbal.

Transform how you think about video, with innovative features that put Hollywood effects and cinematic quality at your fingertips. 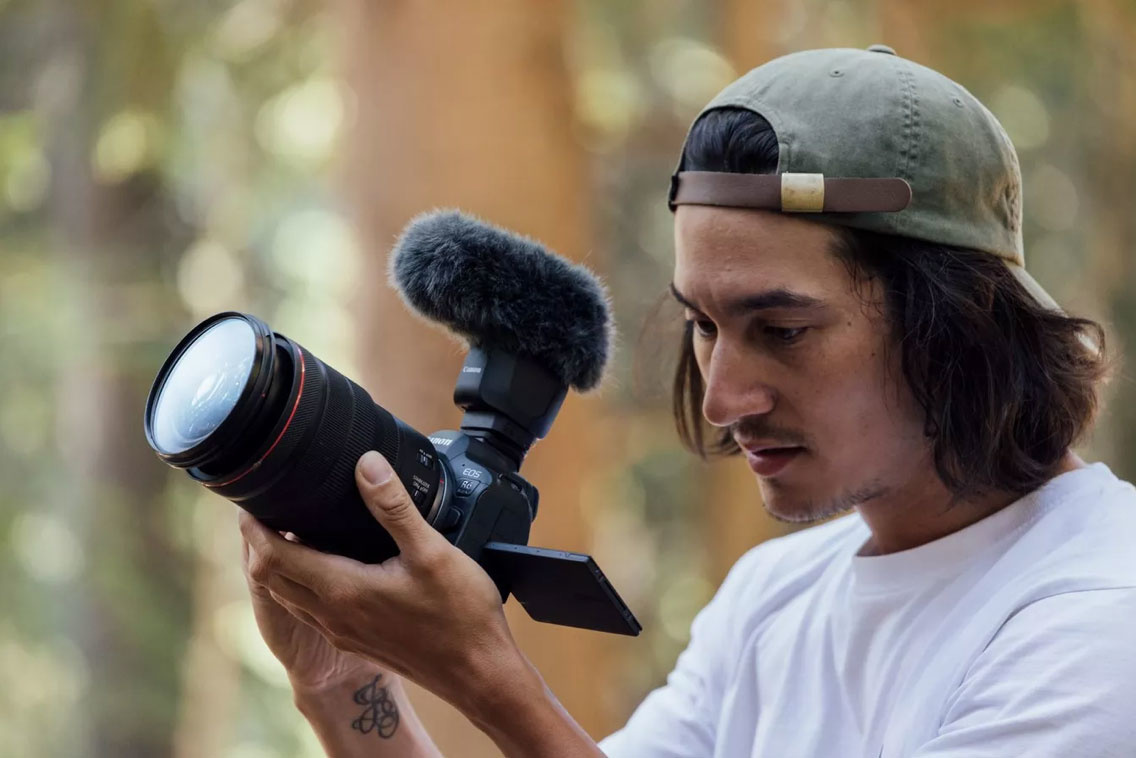 Perfect for interviews, conferences and performances

Thanks to improved heat efficiency 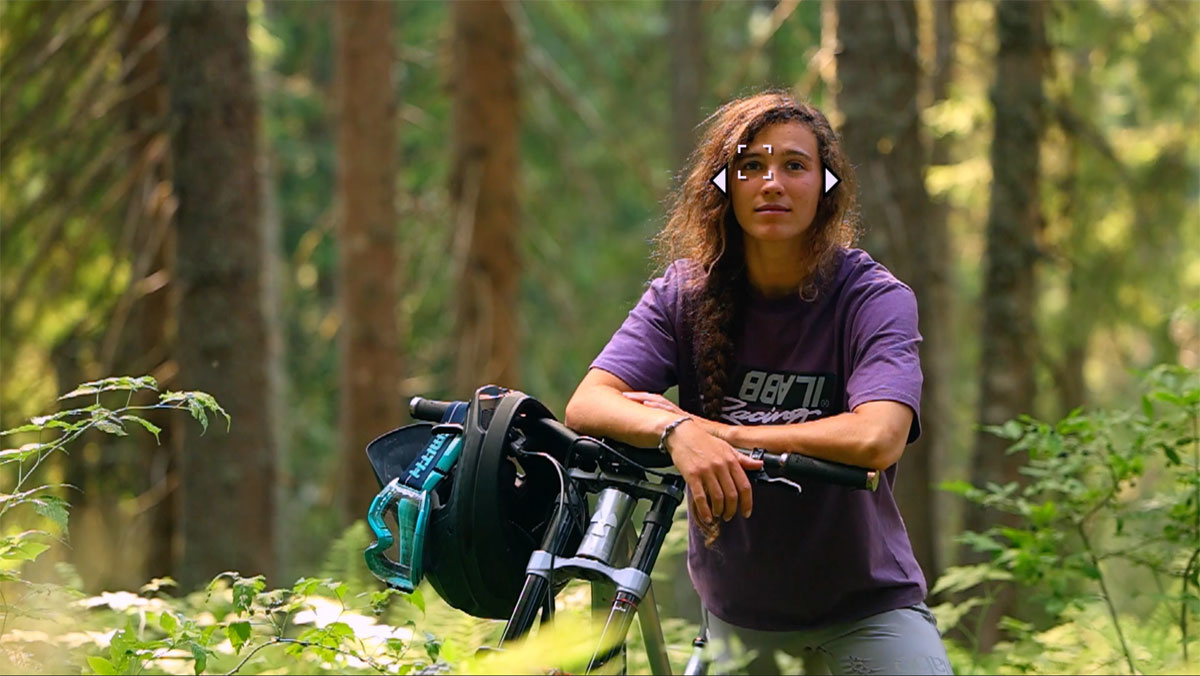 With the EOS R6 Mark II’s Detect only AF option switched on, the camera won’t refocus on the background if the subject moves out of shot. It’s a feature inspired by our Cinema EOS C70 camera, imitating the work of a professional focus puller to achieve cinematic results. 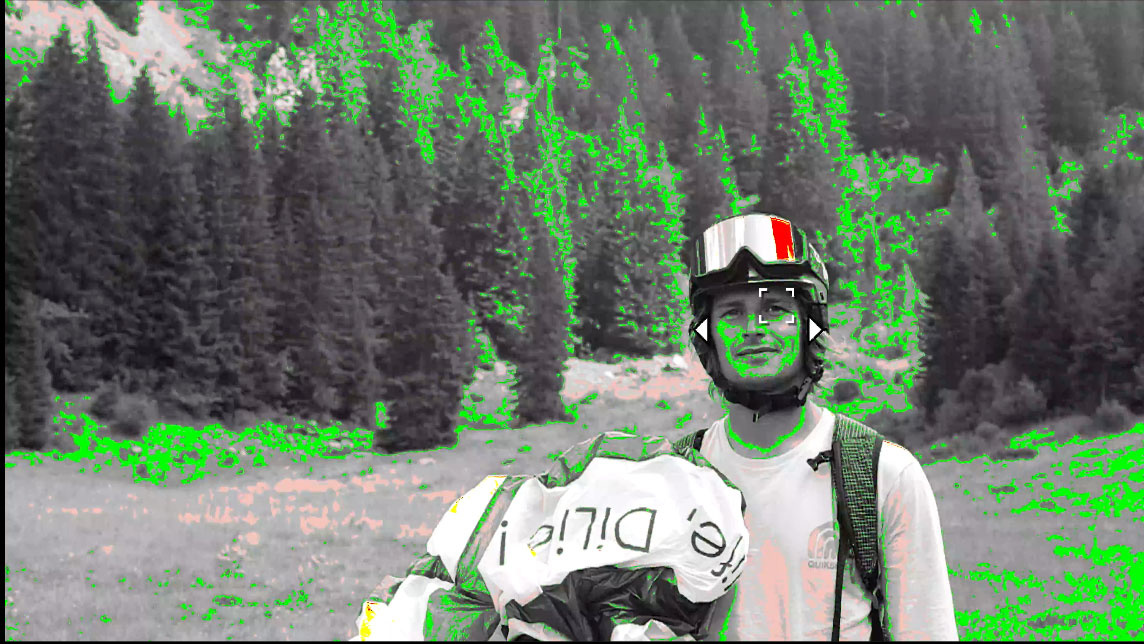 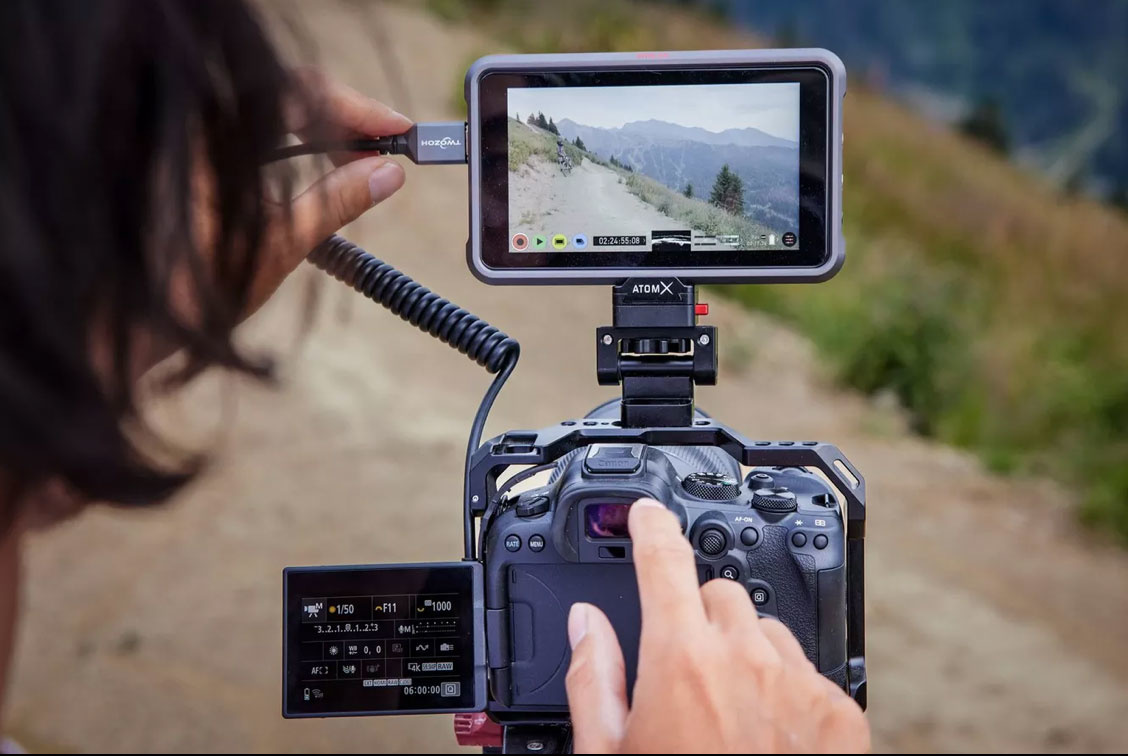 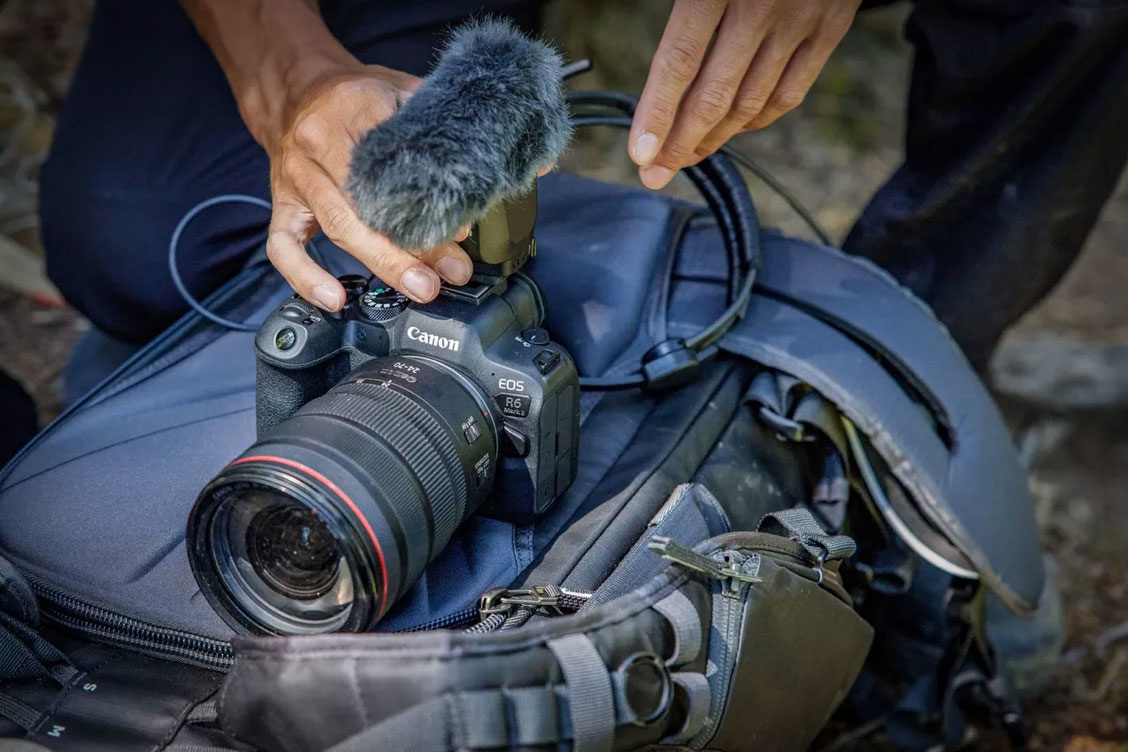 The EOS R6 Mark II’s 24.2 megapixel sensor delivers an ideal balance of speed, image quality and low-light performance. The ability to focus in conditions as dark as -6.5EV1 (less than the light of a half-moon) is complemented by a maximum ISO 102,400 sensitivity and an Image Stabilizer that’s effective up to 8 stops2. 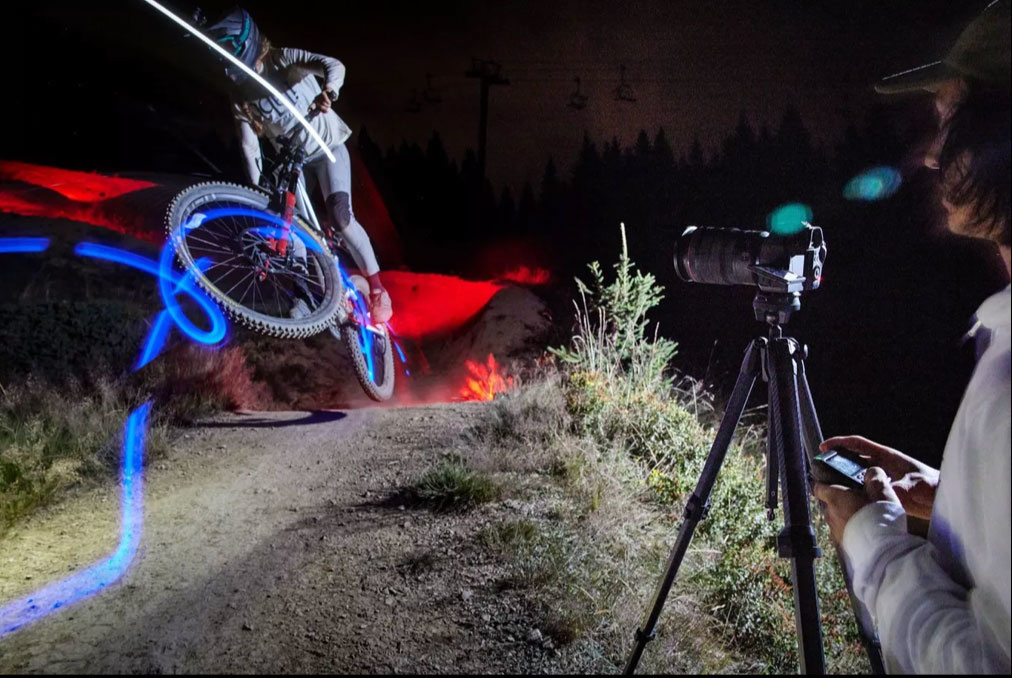 “The EOS R6 Mark II is pushing the boundaries of what’s possible. It’s changing what I can do” 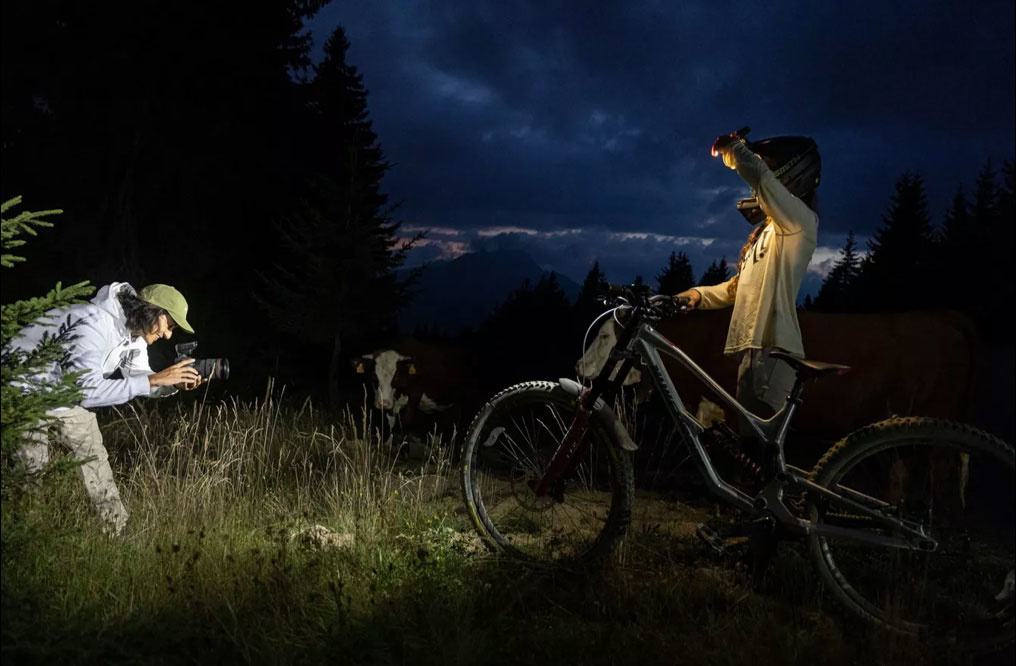 “It’s a clean image. In low light situations the camera is performing really well. I don’t have a lot of noise in the image, so it’s perfect”

TECHNOLOGIES TO INSPIRE AND CONNECT

Never break your flow with the EOS R6 Mark II. Its quick and easy-to-find controls let you react quickly to fast-changing situations. It’s a highly connected camera too, so you can share inspiring moments on-line straight from location. 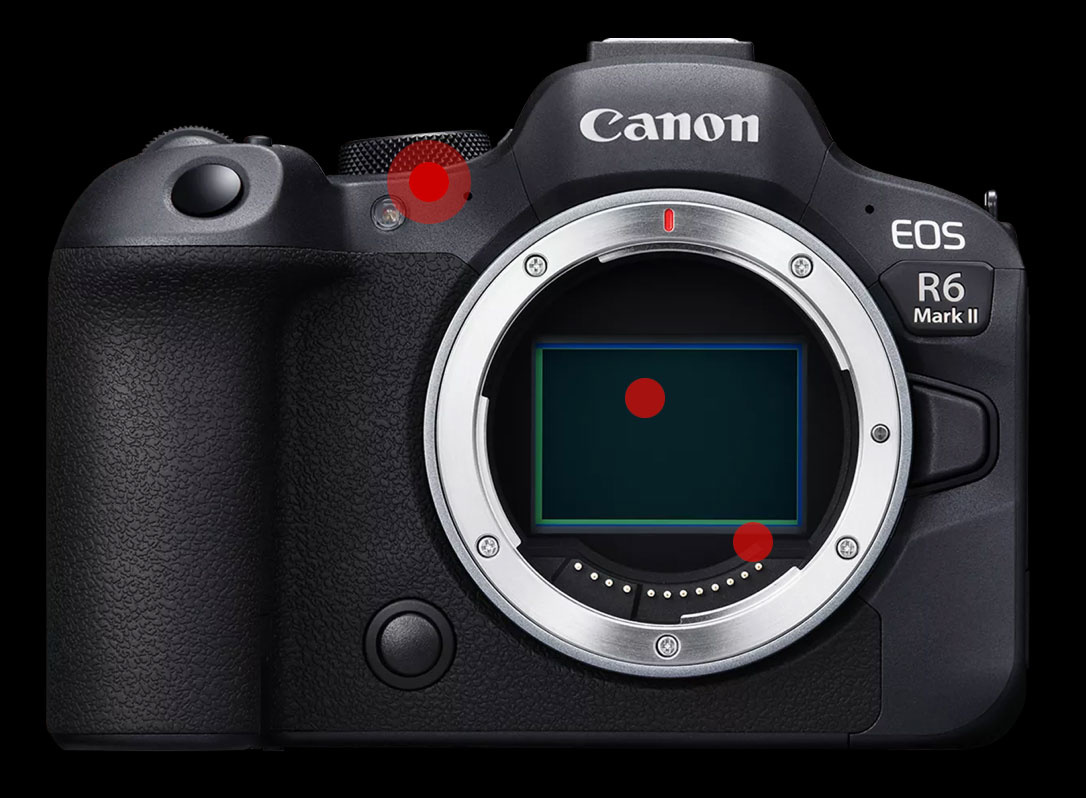 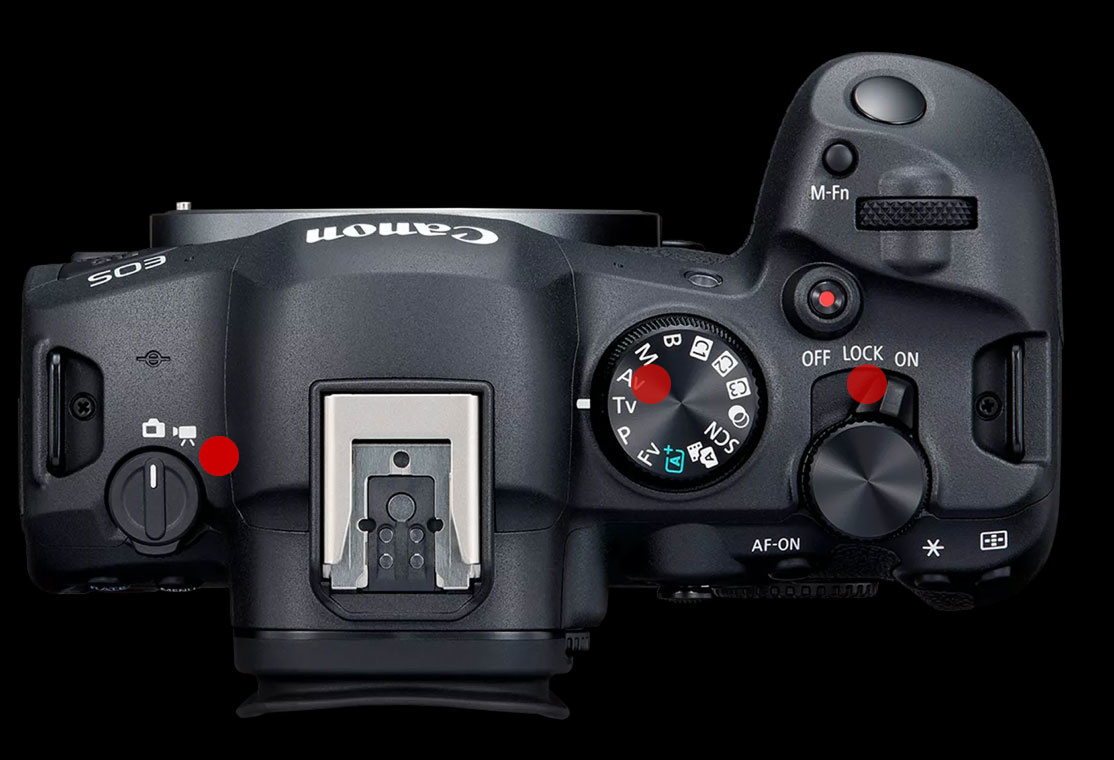 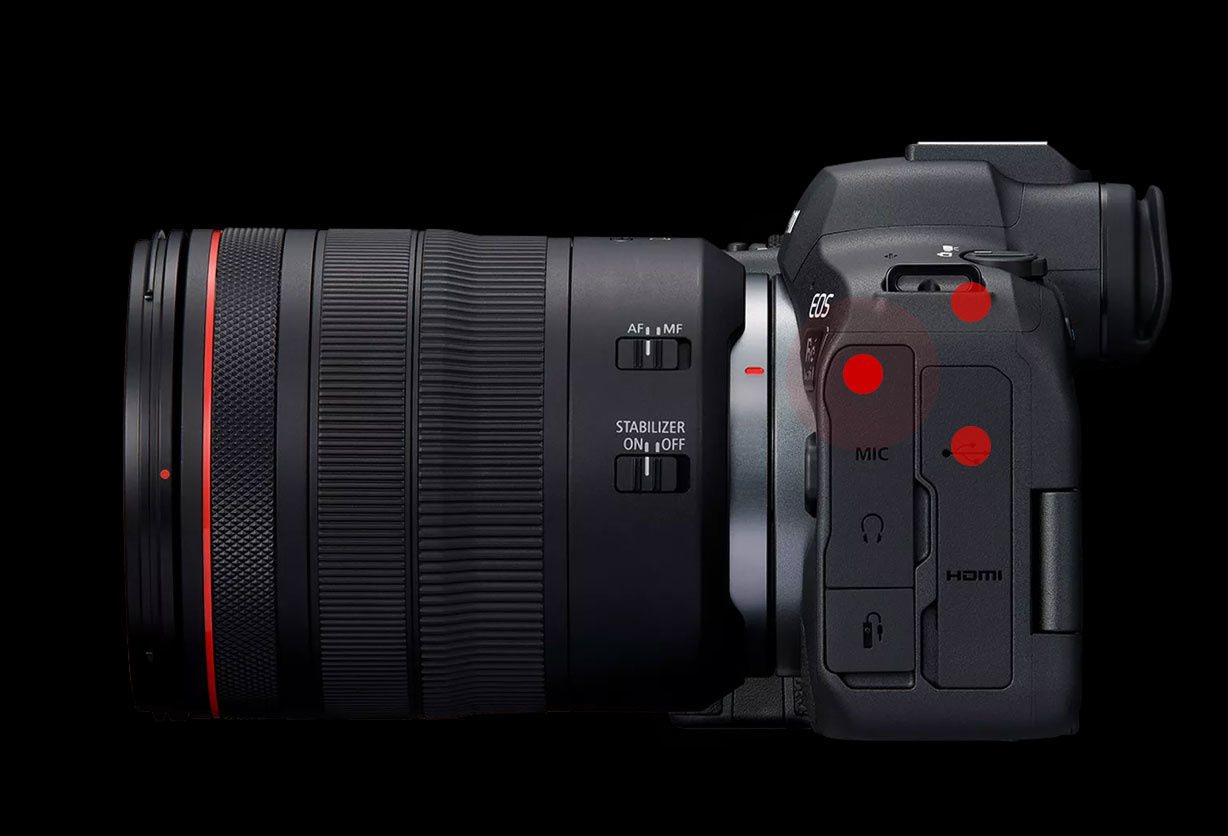 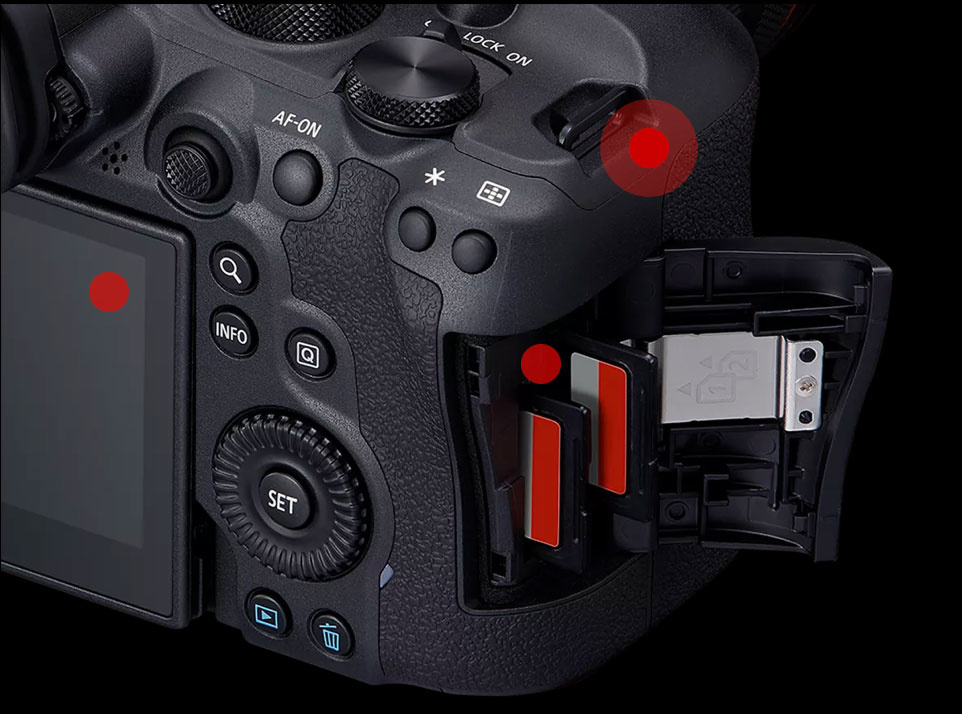 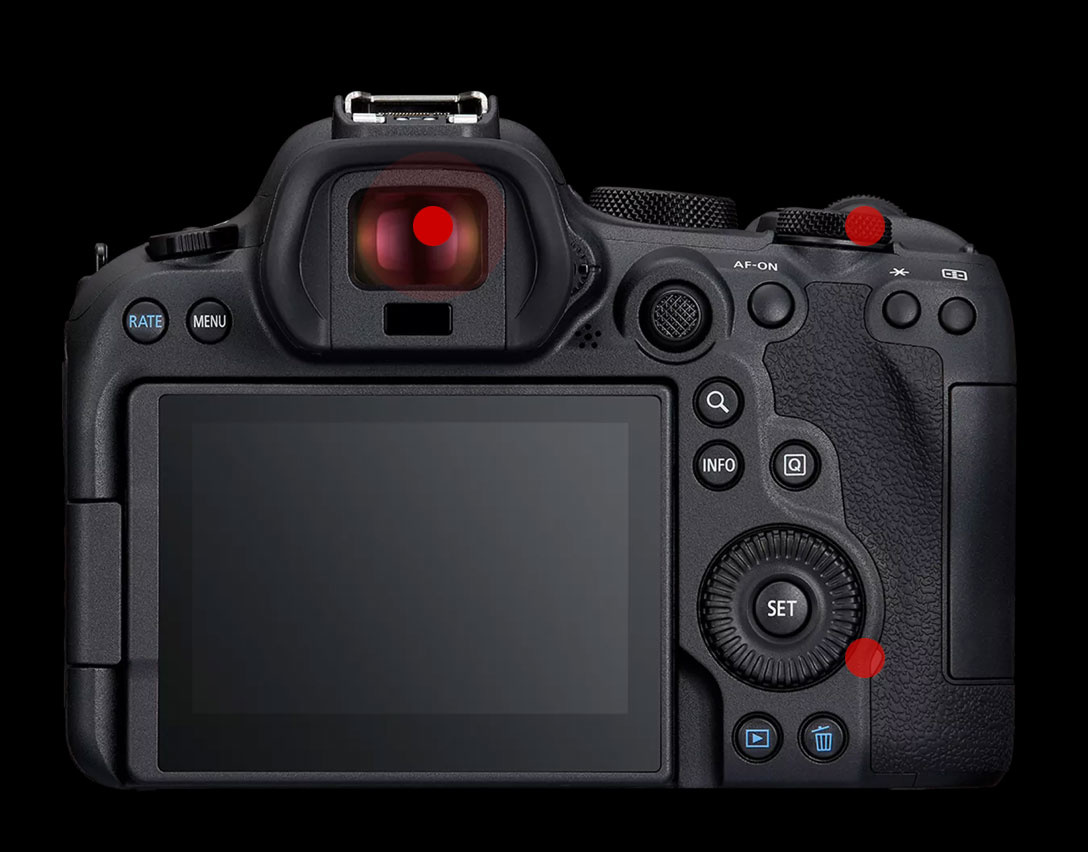 Number of Shots per charge14

Capture slow motion video at up to 180fps

Dual Pixel RAW, for post-production flexibility after the moment

HDR for moving subjects, thanks to high-speed shooting